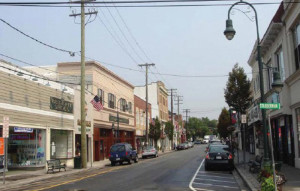 CONNOR JAMES MAFFUCCI was a licensed Real Estate Broker since 1971 up until his death in 2011 and his son, Edward Neil Maffucci, now Broker/Owner, has been in successful operation since 1987.  The firm was previously located at the original building on Sunrise Highway in Lynbrook, which was built and owned by Christopher Columbus Maffucci. The original realty business was called Maffucci & Rubin, later Maffucci & Gambee, and until his death in 1984, Maffucci & Goldberg, thus finishing a career which began with the first generation in 1920.

For the next century, the firm sold everything, including gas stations in the New York Metropolitan area during the Great Depression to men with only a few hundred dollars who were pumping gasoline for a living .  From there, as the economy improved, they were very fortunate to acquire the Boston-based Howard Johnson’s restaurant chain as a client. This enabled Howard Johnson’s to open their first local restaurant on Sunrise Highway in 1935.

Later, also from Boston, Liberty Mutual Insurance Company was a client and was sited on the location of the former Bohack supermarket on Sunrise Highway.  Maffucci Realty was also one of the principals in the Green Acres Shopping Center development in 1955.  Aside from these previous large expansions, such as the Maffucci Moving & Storage offices & warehouse in December 1941, which was across from the Lynbrook Rail Road Station, they were also involved in many other aspects of the real estate industry. This involvement included the development of Levittown, as well as various enterprises in New York City, as well as Long Island, as a builder of new construction, commercial and residential.

In recent years, Maffucci Realty has not only continued the same operational model of buying and selling many houses from Suffolk County to Brooklyn, but additionally, with the depressed real estate market, they were handling foreclosed properties for Bank of America, Wells Fargo, etc…

The firm is a professionally run family operation with a century of experience and integrity. They are available anytime to discuss your real estate and mortgage financing needs.